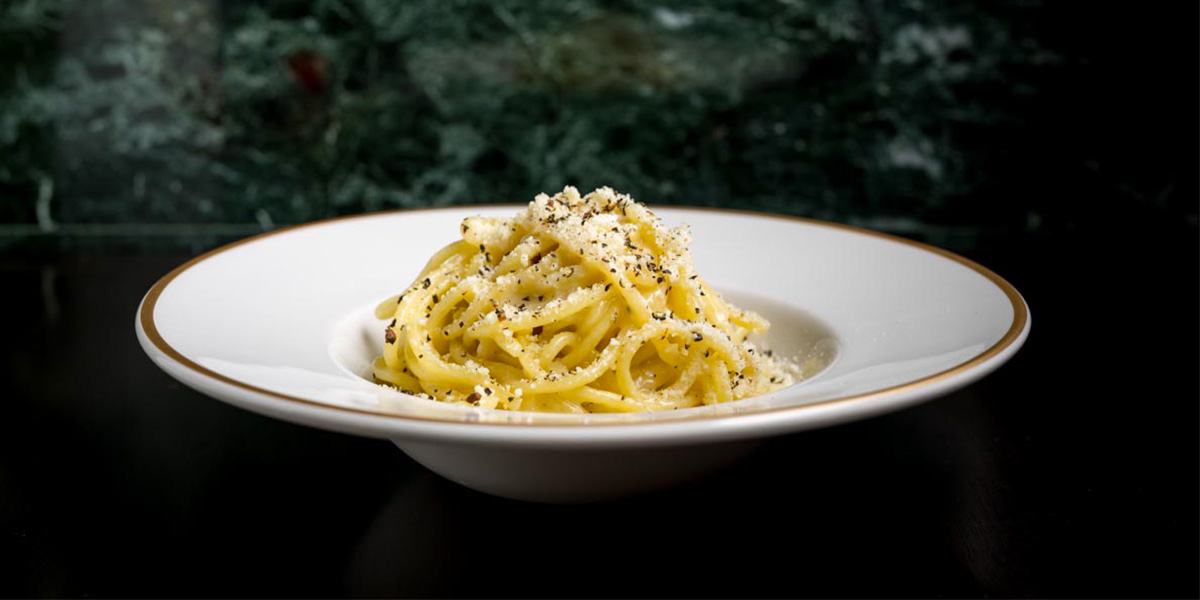 The Roman cuisine is just like the Romans: simple and true. It is based on simple rural ingredients, mostly vegetables and meat. Its recipes do not come from the work of great international chefs but are passed down from generation to generation, from mother to daughter, from grandmother to granddaughter.

In Rome we want “magnà bene e tanto” (eat well and a lot), for this reason the Roman cuisine is characterized by nutritious dishes served in generous portions, in contrast with the nouvelle cuisine. All Roman dishes are as energetic, to give people strength to work in the fields, as abundant to the point that one meal a day could suffice.

The strengths of the Roman cuisine are certainly the main courses: most of all carbonara, amatriciana and cacio e pepe. We have included all three of them in our menu, in a special section called “La tradizione”, where you will also find the Octopus with peppers and Puntarelle in anchovy sauce. As this were not enough, in order to honor the Roma cusine, we have included in our menu another section dedicated to one of the most refined and classic dishes in Rome: the cod. From fried croquettes of cod with potatoes and fennel, to Spaghettoni with cod and chickpea cream, to the Mediterranean cod fillet with cherry tomatoes, olives, capers and basil, to name but a few.
You can then be sure that when you come to Suburra 1930, you not only eat in a historic place, but you also eat dishes that have made history.