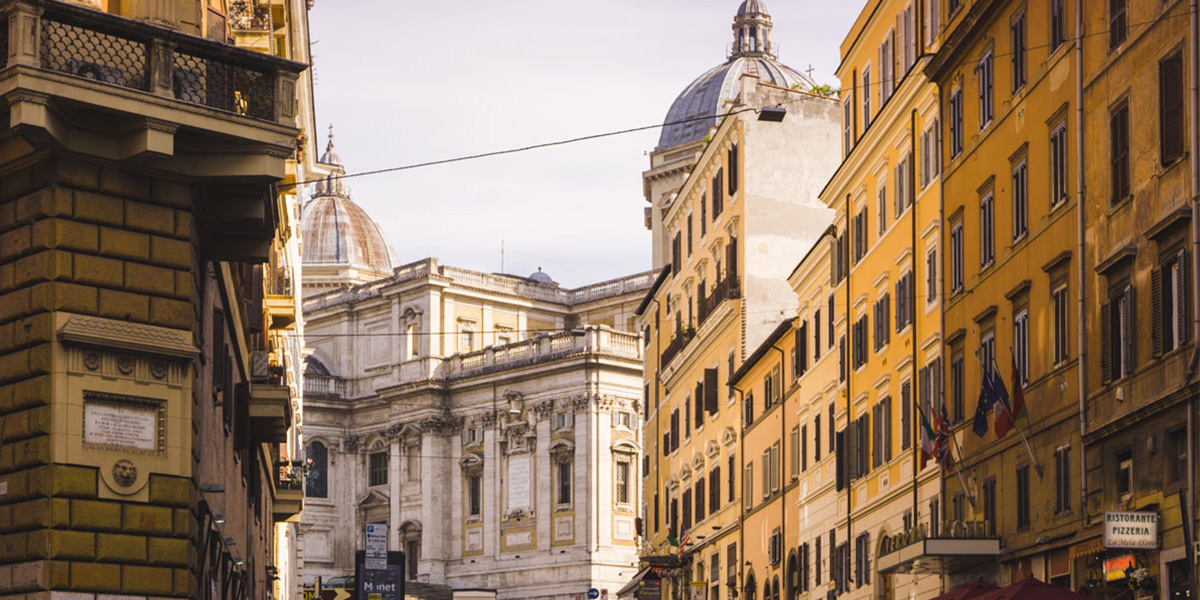 Rome counts 22 districts, but only Monti is considered the top one. Monti is that district next to the Colosseum, next to the Fori, the most central of all. Why is it then called Monti? The name derives from “li monti”, and referred to that area area of the ancient Rome, at the time not very inhabited, which included 4 of the famous 7 hills of Rome: Esquilino, Quirinale, Viminale and Celio.

The Monti district we know today is smaller than the ancient one, but the name has remained; its size is not the only characteristic which has changed over time: today the Monti district is known all over the world and it is considered the most ancient area of Rome, and the most international at the same time…. not for mass tourism, but for the cheap and popular tourism of Campo de’ Fiori, Piazza Navona, the Vatican.
Monti welcomes the niche tourism, the refined one that in London does not go to Piccadilly but to Shoreditch, which in Paris does not go to the Eiffel Tower but to Saint-Germain-des-Prés. And even the Romans living in Monti are peculiar. They prefer snipping a Spritz on a step in the middle of the historical shops, surrounded by people from around the world and a light that is simply unique in Rome, as unique as some glimpses of the Colosseum that, as Monicelli said, only in Monti you can enjoy to the fullest.