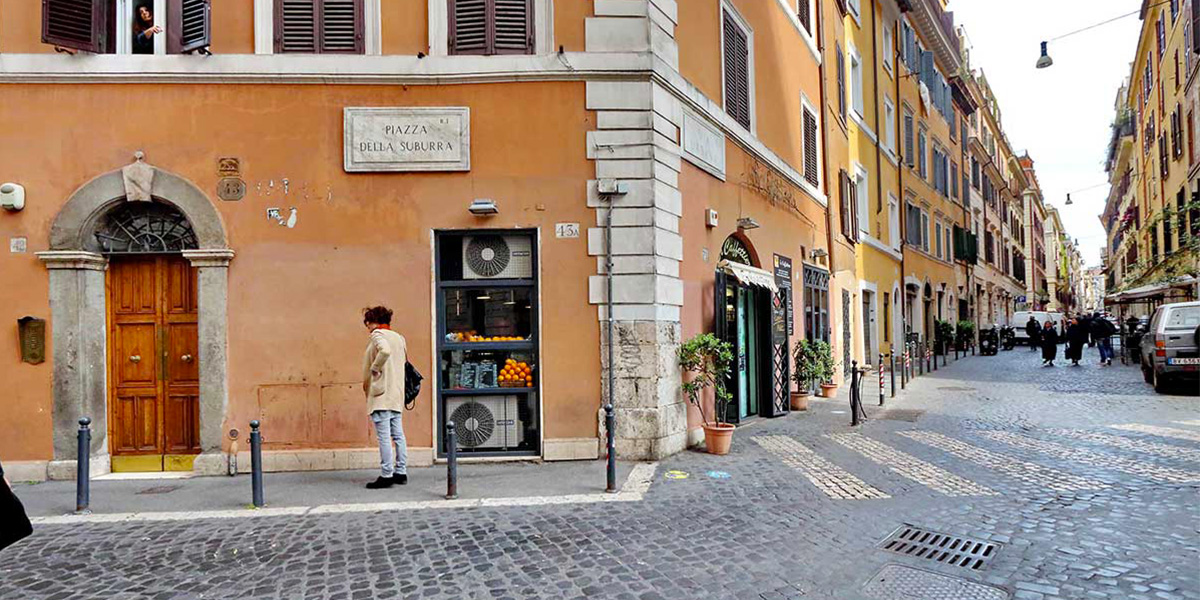 Suburra’s Square does not get its name from the Netflix series, but it is the Netflix series which is named after Suburra, a poor district of Ancient Rome. Its original name was “Subura”, located right above the Fori Imperiali.

This is where Suburra’s square in Monti gets its name; it is located at the crossroads between two nobles and famous ancient Roman streets: the ancient vicus Praticius, today known as via Urbana, and the vicus Cyprius, today known as via Leonina. The senators, the nobles and the rich used to live in the vicus Patricius, while the vicus Cyprius hosted district of booksellers, libraries, and cultured people. The name Suburra comes from the Latin “sub urbe”, which means “under the city”, due to the fact that the city used to be under the Palatine.
The “Subura” was divided into two areas: the “Subura maior”, closer to the Fori Imperiali, more animated, full of public housing and artisan shops, noisy and dangerous to walk through; and the more subtle “Subura Minor” with bourgeois houses and a notable cultural and political ferment.